1. Capital gains exemption for the first time in Greece

A recent circular from the Independent Authority for Public Revenue (IAPR) provides new directives for definitive exemption of legal persons from capital gains tax during the transfer of equity securities (stocks, shares etc.): the legal person to whom the securities are transferred may be Greek or foreign (within the EU). Further, in the case of Greek legal persons, in addition to Société Anonym and Limited Liability Company, this category includes also other companies subject to Greek corporate tax. Other entities such as consortiums or cooperatives are not covered by the exemption and, as such, the gains made by shareholders in these by transfer of their securities are not exempt from income tax. The law stipulates that the legal person selling the securities must be a legal person residing in Greece. It is also clarified that the transfer of equity securities also covers the cases of (i) reduction of capital in kind (when assets returned to shareholders are shares held by the company in a subsidiary) and (ii) dividends in kind (when, instead of cash dividends, shares held by the company in a subsidiary are distributed) (Circular 2057/2021).

Definitive exemption of Greek legal persons from capital gains tax on transfer of equity securities has been in effect since 1 July 2020. Until recently, this income was taxed at the given tax rate for income of legal persons (24% for tax years from 2019-2020, 22% for 2021). It should be remembered that the exemption from capital gains tax for legal persons residing in Greece also applies, under the same terms, to intragroup dividends (minimum equity of 10%, holding time of equity 24 months, etc.). A provision recognizing losses from the transfer of securities after 1 January 2020 was also introduced, so that legal persons that have acquired equity security aren’t negatively impacted, under certain conditions. The introduction of exemption is expected to strengthen the Country’s competitiveness in the creation of investments through Greek investment vehicles, as gains in the form of either shares or capital gains from the disposal of subsidiaries – a regime also known as ‘participation exemption’ – are tax-exempt in most countries of the European Union. The investment prospects of the exemption would enhance a future regulation covering participation not only in European companies, but also in third-country companies.

Tax rates for legal entities are trending upwards globally to counteract states’ pandemic-related fiscal deficits. The U.S. was the first to propose an increase in federal tax rate as of 2022, to 28% from the current 21%. Taking into account state taxes as well, the U.S. is expected to approach or even surpass the 32.02% tax rate in France, which has the highest tax rate among OECD countries. The UK tax rate is also trending upwards, with a proposed increase to 25% as of 2023, up from the current 19%. So, it appears that the downward trend seen in recent years is reversing itself, with the aforementioned countries attempting to bolster their pandemic-battered revenues by imposing higher taxes on corporate income. In Greece against all odds, the statutory corporate tax rate goes down and for 2021 will be decreased to 22% from 24%.

Prospective start-ups must be registered with the National Start-Up Registry (www.elevategreece.gov.gr) at the time of the contribution of capital. Productive operation of the Registry, with which start-ups meeting the special selection criteria are eligible to register, began in late 2020. So far, there are 261 registered start-ups, which angel investors can support through the contribution of funding capital while also using the tax incentive.

Funding of start-ups is carried out by increasing their capital through the issuing of new stocks or company shares. These businesses can be of the form of a Société Anonym or Limited Liability Company or α a Private Company and must be based in Greece. Depositing of the sum of money to be contributed as capital funding is carried out through a transfer from the Angel Investor’s bank account in Greece to a business account of the start-up at a Greek bank. Granting of the tax deduction takes into account capital funds deposited with start-ups from 29 July 2020 and afterwards – in other words on or after the date on which the tax incentive went into effect.

For the deduction to be granted, the angel investor must declare on their tax return the amount of capital contributed as an investment. More specifically, the deduction equal to 50% of the investment from the taxable income of the natural person is carried out through declaration of the amount of the funding capital on the income tax return of the tax year in which it was deposited, on the condition that the contribution of capital will have been completed by the date of the deadline for submission of tax returns for that year. If, however, the capital contribution is completed after the deadline for submission of the income tax return for the tax year in which the deposit was made, the deduction from taxable income is applied in the tax year in which it was completed. Proof that the contribution was made must be provided in the form of appropriate supporting documents. It should be noted that if, following an IAPR audit, it is found that the investment was made in order to gain a tax advantage, the benefit is revoked and a fine of equal amount is imposed. Moreover, in the case of full or partial return of the capital that was deposited but not used for the general development of the start-up, a relevant amending return is submitted by the natural person, removing the amount of the capital initially declared (ΚΥΑ 39937/05-04-2021).

4. (Over)reaction to the Greek regime for attracting foreign pensioners.

The new tax regime introduced by Greece in 2020 to attract foreign pensioners – along the lines of measures adopted by other Mediterranean countries – has met with a very positive response in northern European countries. Indicative of this response, apart from the number of applications to relocate to Greece under the regime, is the Swedish government’s recent announcement that it wants to terminate the Double Taxation Avoidance (DTA) agreement with Greece, arguing that the pensioners included in this regime enjoy an extremely favourable tax rate (7%) on income from Sweden – specifically, pensions and capital gains. The Swedish government has made similar moves regarding its DTA agreement with Portugal, a country which much earlier on established and implemented a special regime for attracting natural persons. Similar alternative tax regimes have already been in effect for a number of years in other European countries on the Mediterranean (Italy, Cyprus, Malta), but without drawing the same reaction.

Respecting the Double Taxation Avoidance agreements, it has concluded and looking to maintain the trust it has built with the state parties to these agreements, Greece is taking care to ensure that inclusion of a person in the alternative tax regime for foreign pensioners does not impact the implementation of the DTAs in force. In fact, express reference was made to this is the explanatory memorandum of the law establishing the regime. According to the provisions of the DTA agreement in question, Sweden has the right to tax, at the rates it has chosen, the pensions of Swedes who establish permanent residency in Greece provided these pensions are granted for labour in the public sector. However, only Greece, as the country of residence, has the right to tax pensions awarded for work in the private sector. This provision is contained in the DTA agreement that has been in effect since 1963 and is not impacted by the fact that a Swedish pensioner enjoys a favourable tax regime in Greece, being taxed at 7% on income from abroad, including Swedish pensions. Thus, even following the establishment of the alternative regime in our country, both Sweden and Greece fully retain the right to impose taxes based on the DTA agreement, while at the same time, as sovereign states, they are free to choose the tax rate they impose on both domestic income and tax residents.

Sweden’s reaction appears to lack legal grounds, as Greece has not violated the DTA agreement between the two countries. The only apparent justification for Sweden’s desire to terminate the DTA agreement is the large response anticipated to the Greek alternative tax regime for Swedish pensioners, who, leaving their country permanently, will no longer be taxed on their global income in Sweden or make their annual expenditure there, meaning the country will lose tax revenues. In any case, the proposal to withdraw from the DTA agreement with Greece could be called an overreaction because, as we have already said, similar programmes for attracting pensioners – already in implementation for a number of years in other European Mediterranean countries – have not undermined these countries’ long-running cooperation with Sweden on tax issues. 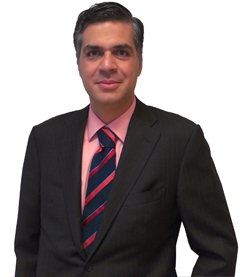 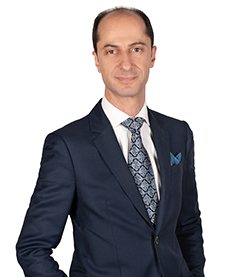