Cybersecurity: cause and effect

During “The Matrix Reloaded” movie, the Merovingian said the following phrase: “There is only one constant. One universal. It is the only real truth. Causality. Action, reaction. Cause and effect.” In the case of Cybersecurity, however, what is the cause and what is the effect?

The modern era requires companies to implement their actions and carry out their business purpose based on technology and information systems, which makes them more functional and direct but also more vulnerable to external risks that could potentially affect their business.

One of the most widespread foreign risks is cybercrime to which Cybersecurity can provide a proper solution. Cybersecurity, which has developed a lot over the years, affects a number of areas, which can be summarized in the following 3 key areas:

As is easily understood from the above 3 areas, cyber security is an ongoing effort to avoid risks arising from the operation of businesses and their employees. Malicious users are evolving and developing new tactics and techniques to challenge IT systems at the same time as businesses try to preserve their integrity. It is therefore clear that there is a recurring, evolving threat to all businesses, large or small.

Improving cyber security is essential. Thus, we can say with certainty that the business budget will increase significantly to meet the need for Cybersecurity.

From a technological point of view, malicious users are developing their attack methods, but they are not the only ones, as there have been significant technological developments that can prove important in dealing with these attacks.

Some of these developments concern:

With the development of cybercrime, which is at its highest level of all time, cybersecurity has become the fastest growing technology sector. The need to shield businesses from malicious users is constantly increasing and the rapid development of technology makes it necessary to integrate sound procedures and controls.

Cybersecurity is here to stay. Will businesses be able to cope with the challenges it brings with it? 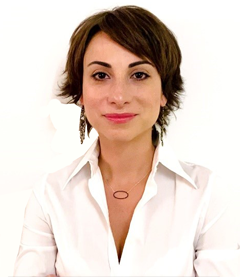